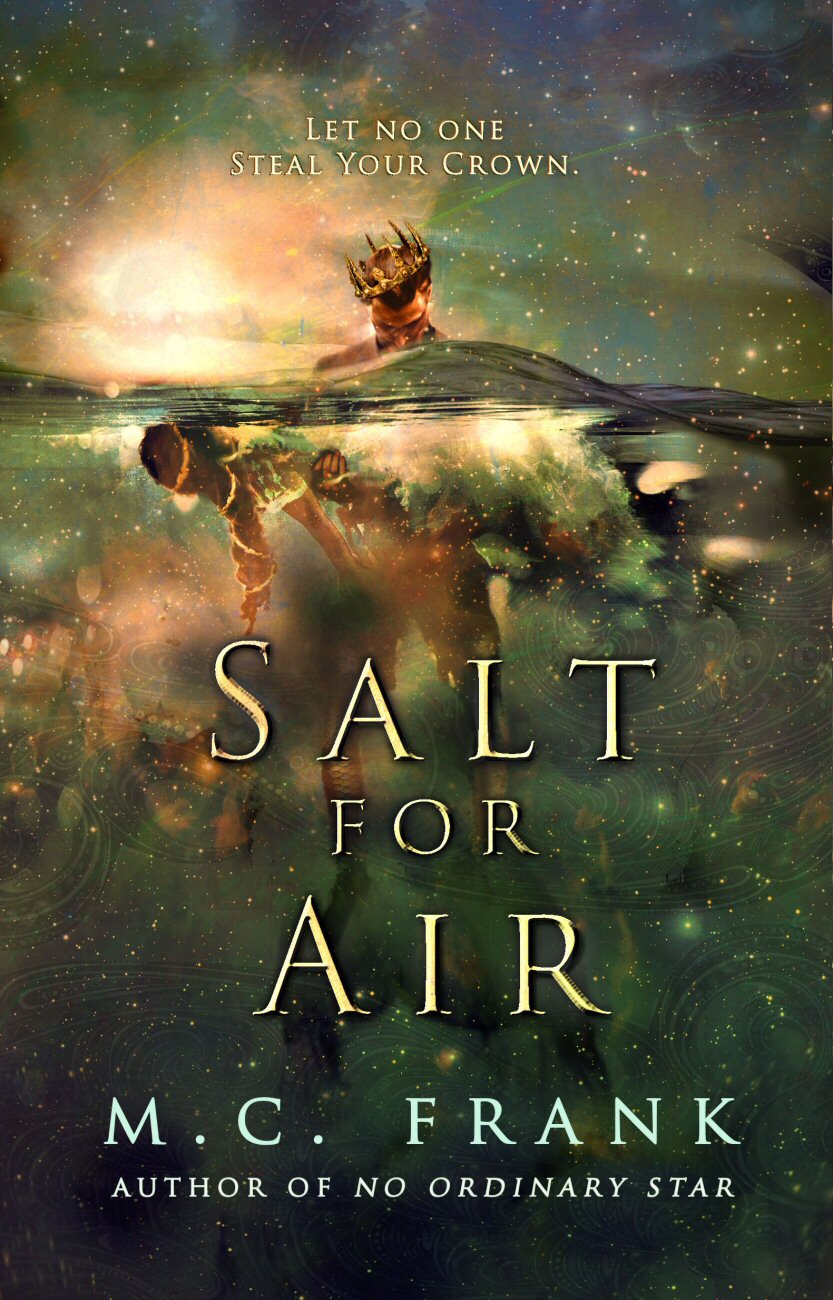 Greek mythology meets The Little Mermaid in this delicious fantasy novel about a quiet, nerdy girl who meets a mer prince in her bathroom. Perfect for fans of The Heroes of Olympus and the Lux series.

Seventeen-year-old Ellie dreams of mermen. She writes fanfiction about them and spends time in underwater kingdoms in her imagination, trying to escape the sad reality: she is an orphan. And not only that, but she’s bullied every day at school -she’s a nerd, she hates sports, she loves books and she used to be overweight. What’s not to bully?

One day, the bullies go too far. They try to drown her, but at the last minute an otherworldly creature shows up in the water. He keeps her breathing and tells her to live: “How will you be able to save anyone if you can’t even save yourself?”

She thinks it was a dream, but the emerald-eyed merman boy who rescued her appears in her school the next day. Is he really the exiled prince of an ancient kingdom that’s on the brink of utter destruction? And is he asking her to save him? Or is something far more sinister and deadly lurking in the water that surrounds her little Greek town?

When myth and reality collide, can love save their lives?

Disclaimer: I received an ARC from the author in exchange for an honest review. This doesn’t affect my opinion/s of the book just because the author asked me to review her book. ✌🏼

Bullying, I have a mild experience of bullying in Elementary and High School. The taunting, teasing, the backstabbing friends. I discovered my true friends in high school that totally sticked to me in the end.

I didn’t experienced the harshness of the bullying like what Ellie, the main heroine, experienced but I still empathize since I too was bullied at a young age. When I graduated in college my childhood tormentor approached me and apologized for everything she had done to me when we were young.

Experiencing that really made me feel good and in the end she and I became casual friends. Bullying is bad everyone, karma has a way to give you back tenfold like what happened to my old tormentor, many things had happened to her that it will be a long list for me to mention.

Anyways enough about me, let’s get on to the book review 😁 Keeping it short to keep myself from writing spoilers.

Who doesn’t love mermaids? Well I do love them! And I did want to be a mermaid when I was little and I am fan of greek mythology as well. M.C. Frank is a genius! A genius in mixing these two ideas as one.

I relate so much to Ellie in many ways but instead of writing but to art (for me). The storyline is not what I expected from what I have read from the blurb it was so good. I emptied 2 boxes of tissues because of this book. It was an emotional roller coaster for me. Like watching a kdrama coming to life from a book!

Amazing simply amazing. This book is now one of my absolute favorites. 5 stars for this book. It’s a must read for those who love mermaids and the greek myths of anything related to the ocean or Poseidon.