A Cover reveal for the final book of the Loom Saga. A new rebellion has risen and the cover is absolutely gorgeous.

Title: The Rebels of Gold 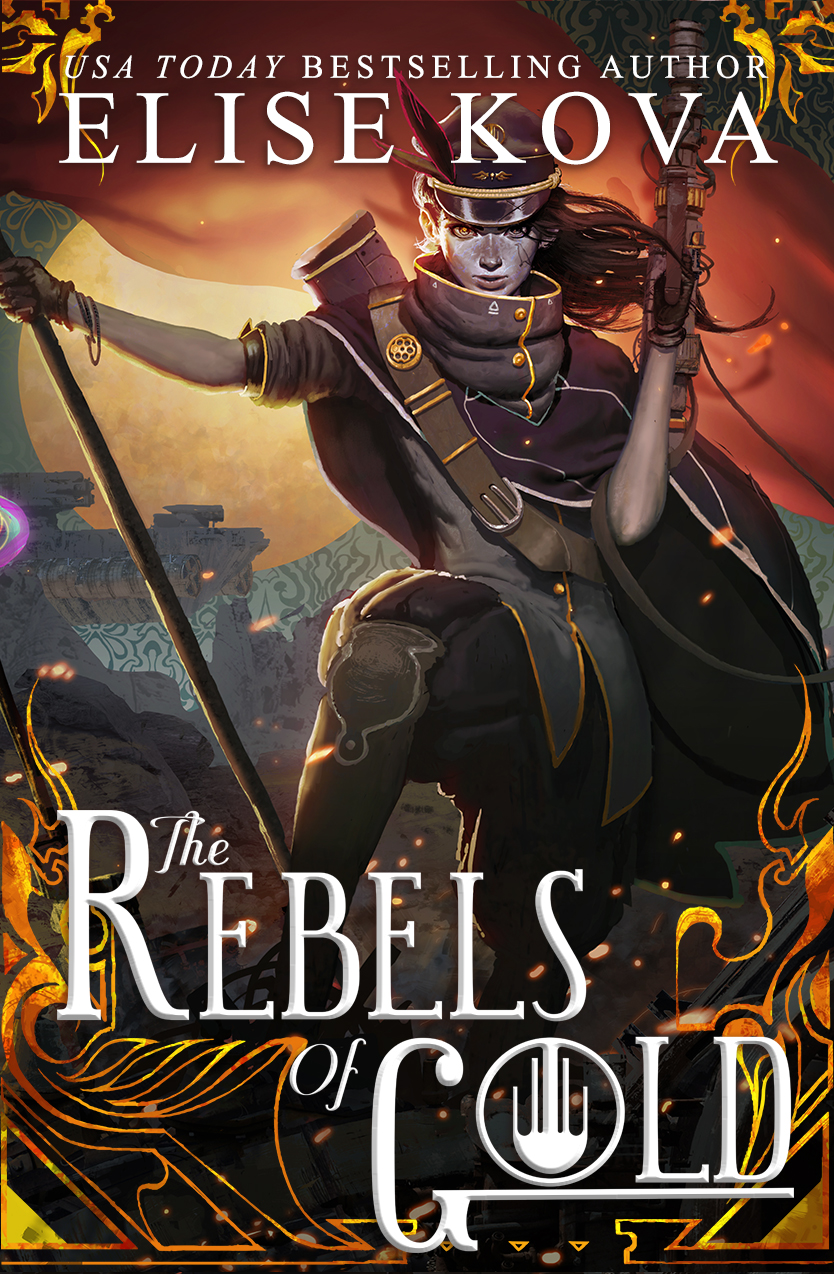 Pre-order THE REBELS OF GOLD from:

A new rebellion rises from the still-smoldering remnants of the five guilds of Loom to stand against Dragon tyranny. Meanwhile, on Nova, those same Dragons fight amongst themselves, as age-old power struggles shift the political landscape in fateful and unexpected ways. Unlikely leaders vie for the opportunity to shape a new world order from the perfect clockwork designs of one temperamental engineer.

This is the final installment of USA Today bestselling author Elise Kova’s Loom Saga, THE REBELS OF GOLD will reveal the fate of Loom’s brilliantly contrasting world and its beloved inhabitants.

For those who preorder THE REBELS OF GOLD, they can get exclusive swag for submitting their preorder. More info here: http://elisekova.com/pre-order/

Elise Kova has always had a passion for storytelling. She wrote her first novella, a high-fantasy, in sixth grade. Over the years she’s honed her love of literature with everything from fantasy to romance, science fiction to mystery, and whatever else catches her eye.

Elise lives in Saint Petersburg, Florida, where she’s currently working on the next installment in her debut YA fantasy series: Air Awakens. She enjoys video games, anime, table-top role playing games, and many other forms of “geekdom.” She loves talking with fans on Twitter (@EliseKova) and Facebook.